For nearly her entire childhood, Diana Ketterman grew up in a home with a mother who suffered from undiagnosed paranoid schizophrenia. When Diana was 13 years old, her father was diagnosed with a malignant brain tumor affecting his mental capacity. It took his life at the age of 40 when Diana was just 17 years old. Diana, the oldest of three children, increasingly took on many adult responsibilities as her parent’s illnesses became predominant.

Through resiliency, Diana overcame her early obstacles to build an impressive  career, one that combines her interests in teaching and technology while allowing her to stay connected to her community. Diana holds a Virginia Teaching license, has 23 years in the field of education, eight years working for the federal government and a lifetime of experience in building resiliency in coping with mental illness.

Diana holds a BS in Business Administration and Accounting and a MS in  Computers in Education. Diana has earned many achievements in education  including being named SBEA Teacher of the Year. She was instrumental in  working with Virginia state politicians and educators to establish state standards  and college frameworks for students to receive technical industry certifications.  Her teaching methods have been published in the National Business Education Yearbook, and her lesson plans have been published in a high school textbook by Cengage Learning.  Diana is a certified Mental Health First Aid Instructor and has received training in Crisis Intervention & Peer Support.

Diana has been an educational speaker on the local, state, and national level, writing and advocating the implementation of business and technology curriculum. She served as the adviser for a division of Future Business Leaders of America. Under her leadership, students were awarded national recognition during multiple years.

Diana graduated from the first cohort of the Future FEMA Leaders, a prestigious program which allowed her to travel and learn about the inner workings of the agency. With this opportunity, she developed her professional network which included mentoring by senior executive leadership.

Diana is putting her years in the field of education and personal experience behind the development of mental health curriculum.  Mastering Mental Health curriculum has been identified as a “Best Practice” curriculum and has been implemented with positive success.  Diana has developed a mental health framework for schools to help foster the whole-community approach to emotional and mental well-being.   She is available for teacher inservice, student presentations, and educational consulting.

Diana’s experiences entail a United Way presentation with CNN writer and senior producer Wayne Drash and a National Alliance on Mentally Illness (NAMI) presentation with Virginia Senator Creigh Deeds. In 2014, Diana co-authored a Virginia regional United Way community mental health report. Her memoir, A Child of Royalty, was a 2017 Five Star Award First Place Winner in the Red City Book Review.  It presents an inspired message of hope in mastering mental illness.  Diana has been actively involved with the national community dialogue through Creating Community Solutions and the Text, Talk, Act campaign.  Diana’s first children’s workbook, Making Sense of Me, for ages 7-13 was represented at the 2016 Tucson Festival of Books in Tucson, Arizona in 2016.  Also, her story was featured in Out of the Shadows, Into the Light, a production for the National Institute for Civil Discourse in 2016.

It is with passion that Diana has produced her two children’s workbooks, Making Sense of Me and Behind the Mask:  Dealing with Anger, Grief, and Rejection. Diana believes that everyone  experiences depression and anxiety at some point in life. She says, “It is increasingly apparent that we as a society must do something to enable children to have a voice, to teach them to identify their emotions and to build resiliency in being overcomers.” 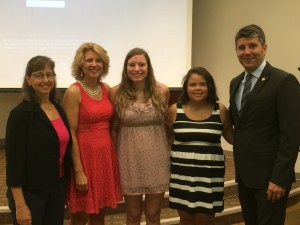 Diana is author of A Child of Royalty and the Mastering Mental Health curriculum, Making Sense of Me and Behind the Mask.